O Say Do Those Star Spangled Banners Yet Wave? 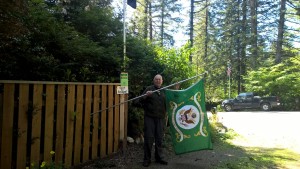 Thanks to the inspiration of one of our neighbors, two shining beacons of light greet residents of Wilderness Rim each day.  Art Farash, long-time Wilderness Rim Association member, had a revelation when driving by a home with a large flag waving in the Uplands.  “I saw their beautiful flag and thought, ‘why couldn’t I do something like that?”  He searched on Google and found deals for flags, flagpoles, and lights for under $100.

Farash served in the US Army for over a quarter-century and also flies the black US MIA-POW and Retired US Army flags.

Several years ago, Art noticed that the flag at the Wilderness Rim Fire Station 88 was not being lowered to half-mast during certain observances. “I called the station headquarters, and they said there wasn’t anyone there to lower it.”  Art volunteered to assist with that duty and now makes certain that proper flag lowering and raising occurs.  He also installed a flag pole at a neighbor’s home and offers flags to homes who have poles without the American Stars and Stripes.

Across the street from Farash is Fred Lang, another Rim resident inspired by Old Glory.  His son had given him a flagpole, and Art gave him the idea for the light on top.  The flags are parallel to each other and impossible to miss at night – all because of one man’s passion for our nation’s flag.

Do you have a compelling story about one of our neighbors?  Email communications@wildernessrim.org. 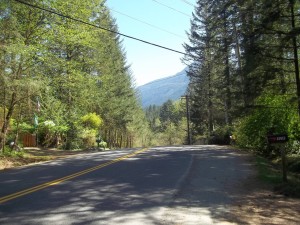